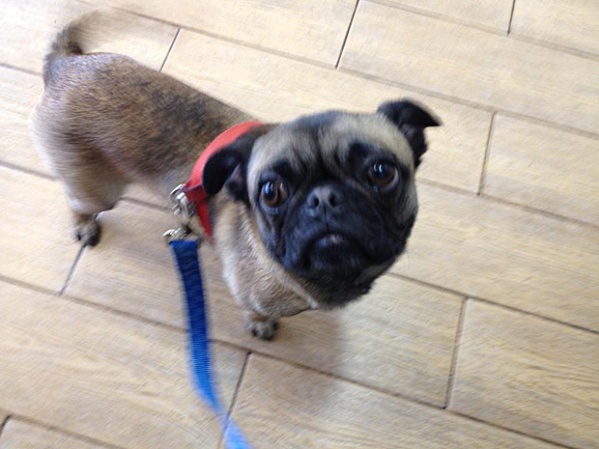 2012 was a year of gravity-defying growth, LDBCers, beginning the season with about 570 of you and ending it with an astounding 1180 (before some of you apparently tired of my babbling—no, I don’t understand it, either—and unliked the page). We had the altruistic (Kristen Huntley and Jonathan Davis sacrificed themselves for the cute little pooch above, which came out of a 3-D printer, or had a microchip embedded in him, or something). We had the villains (Christine Butkiewicz didn’t mince marital words about who was to blame for her demise—it was her hubby). And we had the manipulators (Darren Mewha asked a group of charity carolers for a set list before he allowed them to proceed). We also nabbed new press mentions from the wonderful folks at CNET and the Chicago Sun-Times “Our Town” blog.

But most of all, we flourished or perished together, comforting and kicking, bolstering and berating, crowing and cursing (and oh, was there a lot of cursing—you people are never happier than when you’re lobbing f-bombs, and I join you in your enthusiastic embrace). So here again (and late again, which is becoming a beloved tradition), are the results. If you see that I got it wrong, please comment or send feedback to let us know. And if you’re not on The Wall, it’s not too late to fill out the form.

It’s also not too late to laugh yourself silly at Mrs. LDBC’s killer rundown of “12 Days of Christmas Songs Worse than LDB.”, our LDBCer Dispatches, or even last year’s post-game wrap-up.

This thing wouldn’t work if it weren’t for you, LDBCers. The fact that you show up and populate the page with your wonderful and hilarious comments and reports makes the holiday for us, and we deeply appreciate it. So until the 2013 edition, thank you from the bottom of our grown-three-sizes hearts. 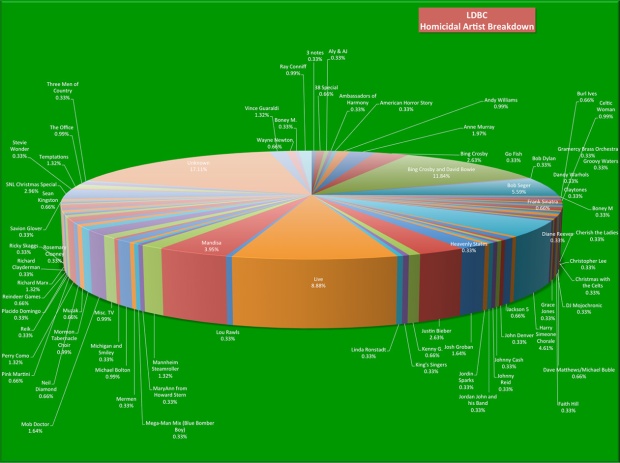 My husband (Jonathan Davis – L) and I were walking our dogs when an adorable pug without a collar or tags joined our pack. [See photo above—Ed.] He was a total doll — we tried to knock on doors in the neighborhood, but no one knew who he belonged to. We packed him up in the car and took him to our vet’s office to see if he had a microchip. While we were waiting, Bing & Bowie came onto the radio. Vet’s office got very concerned when we both started shouting, “Oh, Jesus Christ Almighty!”

The good news is: little Brody was reunited with his people, who were visiting from Washington, DC.

I immediately left the store without buying anything.

The produce section of a Safeway in Bethesda, Maryland. Bob Seger. It was hideous. … Two wins in a row, and now this. I never did like Bethesda that much. At all, really.

I was eating my favorite breakfast sandwich. It tastes like magic, so I was bitter, but okay.

All I wanted was a lousy snack before dinner, and instead, I got taken out. I shake my fist at you, LDB!

I console myself with the fact that at least I didn’t fall in a Wal-Mart. That really was my biggest fear!

I now hate Rockefeller Center and the giant tree.

I chose to pick a fight with my spouse, take a pill and go to bed rather than risk losing the LDBC in the homestretch last night!

Not even the headless ghost of Walt Disney could take me out.

Finally, I can stop looking like such an a–hole—wearing headphones in every store and making the clerks talk over them!!!

I can come out of my spider hole now.

I hate that little f–ker.