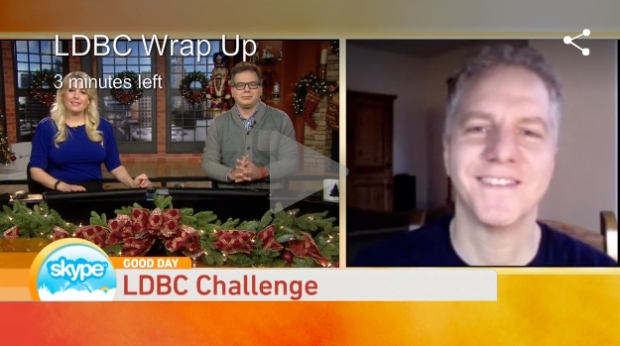 WARNING, PEOPLE OF THE FUTURE: If you’re scrolling down to read old posts and found this one, do not play this video during the game; it contains LDB and will kill you dead. Happy Holidays.

I did my final 2015 check-in with Cody and Melissa at Good Day Sacramento this morning.

I’m still waiting a few days past the holidays for folks to fill out the official reporting form and post their victory LDBC-elfies to the Facebook wall so that I can do the official tally and game-end wrap-up. However, right now, as I say in the interview, it looks like we have about a one-in-five win rate (around 19 percent for you sticklers). And the deadliest environmental categories are home, retail/restaurant, car, and work.

Once again, for easier reporting, I’m embedding the form below. And since I’ll give it a while for the more casual LDBCers to report in, the final wrap-up may not appear until a week or so into the New Year.

Speaking of which, Happy New Year! (I like to get these things out of the way early.)