Resolve then, that on this very ground, with small flags waving and tinny blasts on tiny trumpets, we shall meet the enemy, and not only may he be ours, he may be us.

Well, let’s not get ahead of ourselves, fellow LDBCers—the enemy is The Boy. That jerky kid is a lunatic, and it’s all we can do to stay away from him when he gets the way he does.

But the truth is, he is largely faceless and can look like just about anyone. The more disturbing truth is that he often looks like friends, loved ones or—yes—us. It’s all a matter of who cranks up that holiday playlist that’s “totally safe, so don’t worry.” (And how creepy is that little dog ornament above, by the way? Eagle-eyed Mrs. LDBC spotted the poor fella abandoned on a window sill as we were wandering in our ‘hood. We didn’t take him home, of course. We’re not that crazy.)

For no matter the confidence that goes into that declaration of “safe,” the surety with which you tune into that alternative college station (I’m looking at you, John Richards), or the bravado that fuels you as you blithely click that viral video, when your number’s up, it’s up. You’re Woody Harrelson, realizing you’ve just pulled the pin from one of your grenades—and you don’t know which one. You’re Wallace Shawn, laughing and laughing at your dizzying intellect—right up until the point where you keel over.

And just like that? It’s never-send-to-know-for-whom-the-drum-rolls-it-rolls-for-thee time, my friend.

But not for everyone. And not every year.

In 2015, I won for only the second time in six tries. It was Mrs. LDBC’s fourth victory. And Photoshop wizard James Barnett reports that he’s won every single year. I, for one, believe him. Not because I don’t know him to be an inveterate liar, but because he doesn’t charge me anything for those great posters, and I’d like that to continue. (Anyway, he usually reserves his fibs for the really big whoppers. Like, the ones that bring down dynasties and economies.)

Triumph is possible. This we know. And if it’s not within reach for you in any given year, then you hope that you last long enough to perish with pride, or you pray that you go down with such blinding speed that you’re named First Fallen, as kick-off victim Craig Barker was this time around. (For Craig!)

If none of those things happen? Well, hell—die young and stay pretty, as Ms. Harry melodically advised. Leave behind a beautiful LDBC-elfie. Or, in the case of LDBCer Laura Sigman, a video. (Though if you’re reading this during an active game, do not watch, as this snippet contains LDB and will drop you like Black Flag on a yellow jacket.)

This year, 24 percent of us made it to midnight on the 23rd, which warms my heart on an afternoon when, as I type this, the snow is falling in hand-sized flakes. We ended the game with nearly 3,200 likes on the Facebook page, a pretty-darned-respectable number, says I. Or as respectable as this thing of ours gets. (“Respect” isn’t a word I’m used to having in the room with me, you understand.)

Bing and Bowie reclaimed their throne this year, knocking the Harry Simeone crew down to runner-up status. (Worth noting: if you were to combine the “Peace on Earth” duet with Der Bingle’s solo version, nobody’d come near Killer Crosby.) Will Ferrell, as he does every game, contributed his share of Ferrell Fatalities. But I must admit I was surprised at Grace Jones’s surge. Every time I think a threat has been nullified with knowledge, I discover how wrong I am. Many an unfortunate LDBCer didn’t know to avoid that Pee-wee’s Playhouse clip when it inexplicably went viral. They know now.

It was a year for expecting the unexpected. Libby Frank refused to use any performance-enhancing devices and won, the equivalent of scaling Everest without supplemental oxygen. Laura Scandura Rea executed an inspired strategy of using ear protection at the airport and lost.

Are all our best plans laid to waste? Is it mere fate? Do we really live in such a chaotic universe? I don’t know, folks. I just run the game.

What I do know, however, is that I love running it, and I’m always grateful to both the battle-scarred veterans and the fresh faces who show up every year. I couldn’t find the comment, but someone wrote that the LDBC helps make the season bearable for those who are usually lonely at holiday time. If it helps, I’m happy. And tales such as Thomas Carpenter’s make me even more so.

That said, here are the faces, figures, names, and stories, friends. As always, if you didn’t get a chance to fill out the form, but want to get on the Wall, you still have the opportunity. I’ll check back and toss you latecomers up there from time to time.

A very Happy New Year to you and yours, all, and best wishes for a totally terrific 2016. As always… 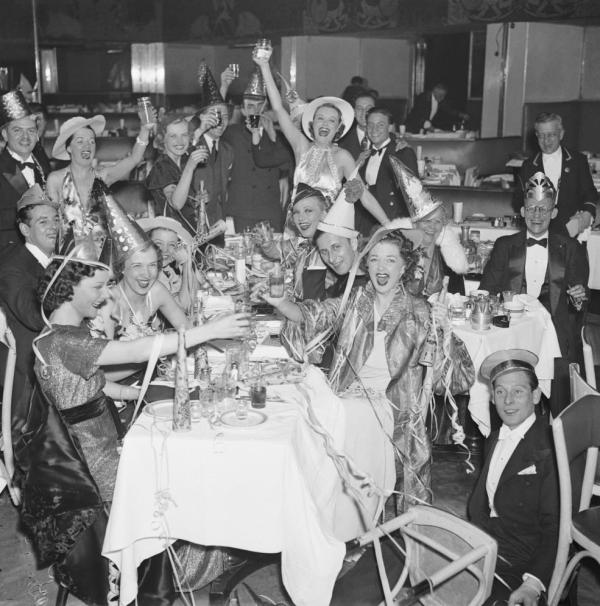 Olivia Allen-Hall – L
I was by the onions when I heard it. In retrospect, not sticking to the apples was a mistake.

Victory! I will now listen to Neil Peart drum solos on YouTube to celebrate.

I will only add that any reports of a rabbi hanging around the lobby of the Hotel Atlantica, cursing up a storm for no apparent reason on the evening of December 4th are pure rumors and have nothing to do with me at all.

I was in NY to attend my grandmother’s funeral. Nice parting shot, NaNa.

My local public radio betrayed me…and after all that pledge money, too. Bastards.

I was there to buy chocolate for my co-workers who visit me at my desk. Bitter. Dark. Chocolate.

I yelled out to the young sales clerk, “You killed me!” She looked stunned. And then I said, “Hold on—I need to take a picture.”

I feel that the true meaning of Christmas is to eradicate that smug little drumming fucker.

Why was the LDB in the ladies room? I went there for privacy.

Yet more proof that television is bad for you.

Otherwise, RJ Julia Booksellers is a very swell place to work and shop.

I won only because of the thoughtful and vigilant LDBC community.

Alas, there was no grace from Grace Jones.

The title of the video was “Looks Can Be Deceiving.” Yes, they sure can.

Chump thinks he can come at me? At me?