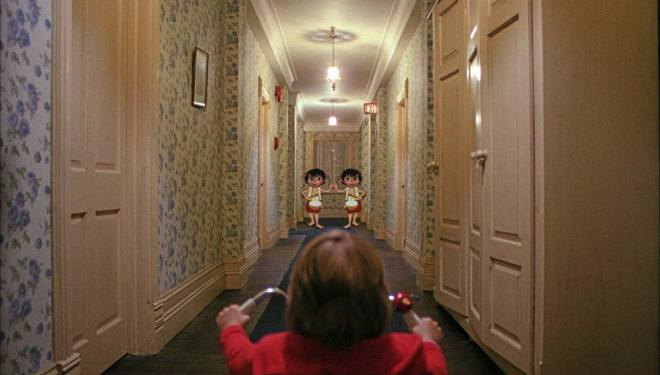 “Come play with us,” by Just-a-Gigolo James Barnett

I began last year’s wrap-up with an apology for the lateness, LDBCers, and I’ll do the same now since this one’s just as tardy. If it continues, I’ll stop saying I’m sorry and declare it a holiday tradition, which is exactly the kind of responsibility-taking that’s led me to be such a screaming success in the professional world.

But that’s not really what I want to talk about. What I really want to talk about is how meaningless goofs such as this Thing of Ours can sneak up on you with poignance that was never intended. And though such profundity would initially seem to be unwanted—’cause believe me, I’ve done my damndest to ensure that nothing serious comes of our yearly struggle with The Boy—it shows up like that stray puppy on your doorstep, and next thing you know, it’s the best thing to happen to you in a long time. 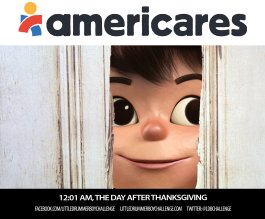 Exhibit A didn’t exactly creep up on me. After years of my running this Thing and wondering how I might use the ever-growing level of participation to do some good in the world, Facebook launched an easy way to allow people to donate directly from the page. Thus, our donation effort for Americares has raised more than $1,000 for a solid cause (and if you haven’t donated yet and would like to, here’s the link for doing so via Facebook one more time). As I mentioned when I first posted that, I never wanted to create any sense of obligation on anyone’s part; I just figured if people were willing and able, it was a nice thing to do. So I’m truly honored that so many have come through, and again—if you can’t or would rather not, no problem. This game’s supposed to be about dumb fun, after all.

Exhibit B, from victorious LDBCer L’Rae Whipple, made the game for me this year:

I’m still in, as are many in my platoon. I recruited early this year and we’re playing in honour of my friend Jill Pengra Perrapato, who introduced me to the Challenge. Jill passed away from breast cancer last year, and I am making a donation to a breast cancer support charity for all of my troops who make it through. We’re helping to kick cancer in the pah rum pah pah bum!

Because that’s something I didn’t think about when I first launched the Facebook page for the game, followed by this site. (And I’ll remind you that I wasn’t the one who originated the idea of avoiding the song; that was these good folks.) It didn’t even occur to me that if this Thing lasted long enough, people would have their own history with it—and some of those people would die even as we all went on talking about death and murder in joking terms. But then, the list of stuff that doesn’t occur to me would max out my storage limit on the WordPress site.

So that’s my one serious bit for this year, people: have as much fun as you can while you can because you have no way of knowing when the carousel will stop. And while we all joke about carrying on for those we’ve lost, that sometimes happens for real.

Or, as the late, great Kurt Vonnegut wrote, “There’s only one rule that I know of, babies—God damn it, you’ve got to be kind.”

Now on with the usual nonsense. The game is the game, as noted philosopher Avon Barksdale used to say. And what a game. And what nonsense.

This year seemed to bring even more dentist-office casualties than usual. That’s always been a thing. But in 2018, it was a thing.

Christine A. was done in to the accompaniment of heartless suctioning. Which might make a decent song title, no? “The Sound of Suction.” Cat C. was laid low whilst being lectured about flossing. (Watch that, Cat: too little and you bleed; too much and your gums recede. It’s a rhyme that illustrates the tightrope we walk in this game and in life overall.) 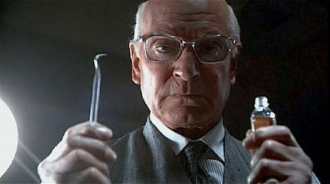 mystery. But He takes a noticeable bite out of players under such circumstances year in and year out.

“Pretty sure this would’ve been my year to win if Staci could listen to her shit Christmas music at respectable levels,” complained Heather A.

Indeed, how many Stacis are out there kicking our feet out from under us with their shit music? Colleagues. Spouses. Friends. Children. All dropping mortar shells into the tubes without so much as a glance at the targeting. It’s not possible to be fragged by malice (unless the fragger lies about their intent), but it’s always a risk that one will be blown up by the stupid and the careless. And those two categories of people account for a good many tragedies in this struggle. 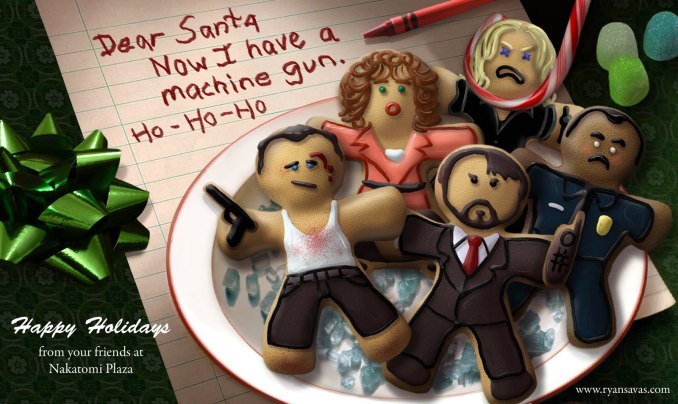 Yet struggle we do. Every holiday season—no matter the risk, despite the suffering. Struck down at Starbucks because we require liquid alertness. Ripped apart at retail because we must make a living. Grinched at the grocer’s in the midst of seeking sustenance. And the following year, we’re back at it.

As you’ll see after the jump, we had a higher percentage of reported wins in 2018, an increase from 28 percent to 30 percent. Perhaps The Boy was off his game. Or maybe we just had more people who saw my repeated nag notices to fill out the form. I don’t know; I’ll take my good news where I find it. (And for the record, House LDBC endured a split this year, with a win for myself and a tragic downfall for the missus.)

Place-wise, home continued to be where the Hell is. However, this year, retail, the car, and work ate into the lead a bit. And church held steady at one percent of all reported losses, proving yet again that The Boy is only too happy to take aim at the pious, the mobile, the shopper, and the shut-in alike.

In terms of timing, only three percent of us went down in the final week of the game, which is a significant drop from last year’s 18 percent. I don’t know what the significance of that is beyond the number. Either people got a lot more careful as they neared the finish line, or The Boy wasn’t nearly as patient this time around. But it meant a little less heartbreak with light at the end of the tunnel, so we ought to be grateful for that small kindness, I suppose (kindness being at a premium in this endeavor.)

One other item to note: I stopped doing the huge artist bar graph as an image this year because the list 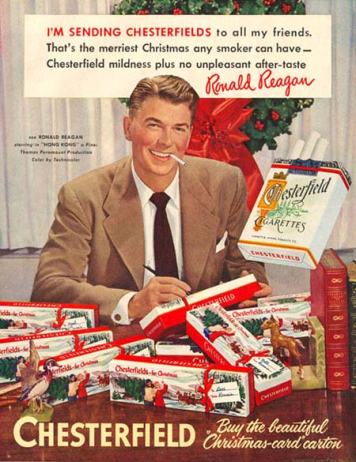 keeps growing, and it was already almost impossible to read as a picture. So now it’s a straight table. Sorry, traditionalists.

Which is really about it, kids. I’ll end with the same notes of gratitude and good wishes I always try to finish with. (And I’ll fire off one last battle cry for this year’s First Fallen: for Sloppy Joe!)

All the best for a happy and healthy year to you and those you love and like. As I noted above, this pointless effort has begun to manifest a point despite my best intentions, and it’s actually become a much-anticipated way to get through the holidays, according to more than one of you. To those who’ve thanked me, to those who meant to, and even to those who wish I’d clam up and go away, I loose my gratitude in your general direction.

As much work as this is, I enjoy the crap out of it every time, win or lose. And it wouldn’t work without all of you. 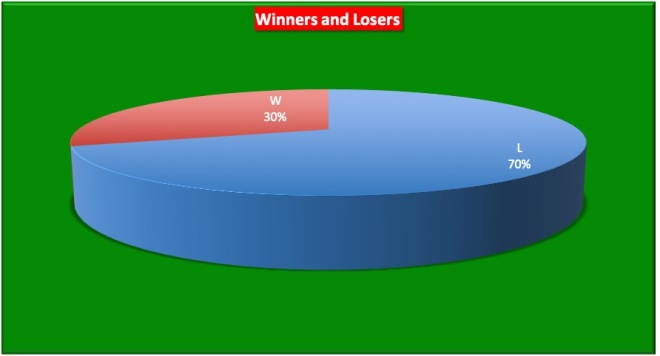 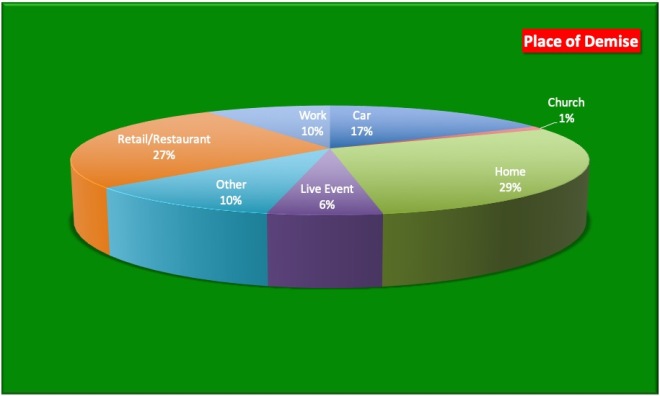 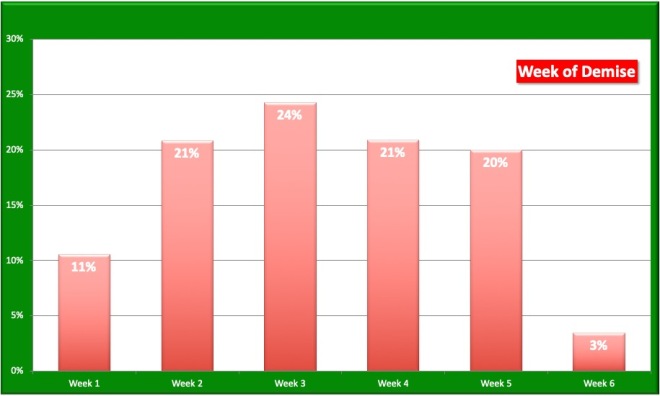 What I like about the LDBC is that it promotes mindful consumption. I’ve been taken out at a bar, while Christmas tree shopping, and now, today, while getting some stocking stuffers at a local multi-generation family-owned farm store. Maybe once in a car. Despite my mock-horrified pronouncements on social media I don’t dread the Boy; what I do is listen for Him. The rich metaphors that this contest invites are legion: from the expectation of death (and thus finding the corresponding sweetness in every moment) to the sense of seasonal hospitality echoed in the open-eared, open-minded seasonal welcome we extend to sensory experience and our surroundings. As it centers on a song about bestowing gifts, LDBC invites us to be more present.

Anyway, I’m glad it was Bowie. Coulda been worse.

I tagged the group that sang a funky Acapella rendition of the song in my Facebook rant, and they commented back defending their actions.

So, I’m deaf and technically speaking, have been on a 17-year winning streak. But I decided that any encounter via captions or it showing up on a Spotify playlist my wife listens to counts. So, yeah that’s how the Pee-wee Christmas special knocked me out.

I missed the Boy, and I officially believe in Christmas miracles.

Sadie is my daughter. She was quietly doing her homework while the Christmas music played in the background. I realized about halfway through the song that it was on and had to break the news to her. I was already taken down earlier in the week. She took it hard. She burst into tears and kept saying, “I hate you Little Drummer Boy!” over and over. I tried to comfort her but I was laughing too hard (and taking video #horriblemom).

A lot of people were rooting for me. I even reconnected with my ex over the Challenge. She heard LDB and thought of me and reached out. 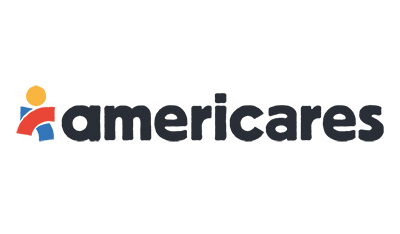